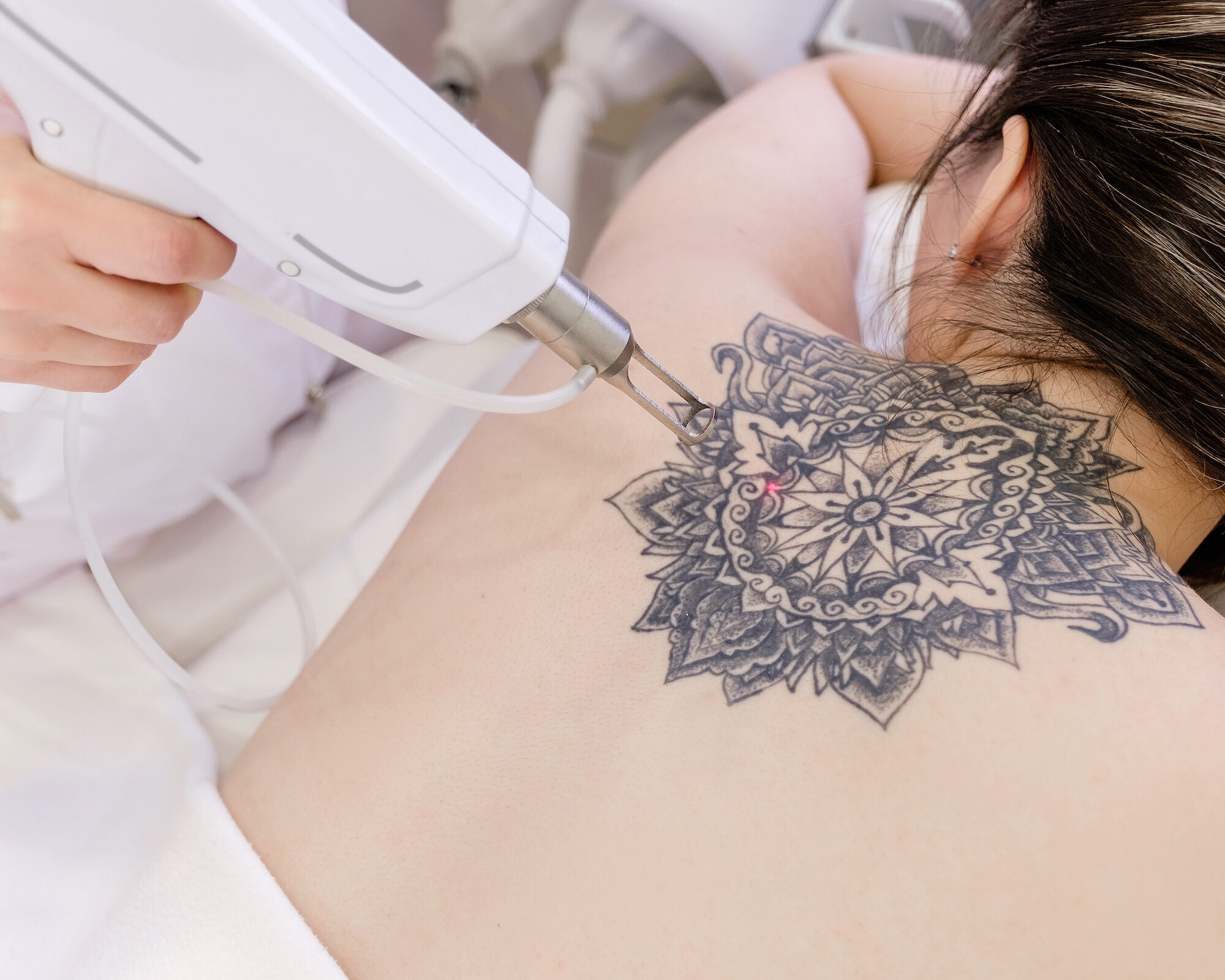 A tattoo is forever. Or is it? While it is true that tattoos have permanence, modern-day technologies have shown that tattoo removal is possible. It is not easy, but it is possible. And yet, it’s not just modern times that have allowed for the removal of ink; the process of undoing skin art is not a modern undertaking. People have been working on how to undo their tattoos for a long time.

So how does the process of laser tattoo removal work? Is it possible to effectively remove a tattoo?

Let’s look at some of the details.

A History of Tattoo Removal

Just because there are removal procedures today to deal with tattoo regret, doesn’t mean that the tattoo is any less permanent or should be considered less permanent. And yet, with contemporary laser removal the full commitment to the tattoo is perhaps waning some. In early American history, the main people to get tattoos were soldiers and slaves.

According to one Atlantic article, the most common phrase on slaves was, “Stop me, I’m a runaway.” According to the same article, despite the idea that today tattoos are a little more removable, the desire to remove the permanent ink from the skin has been around a long time. The first example of a medical procedure that involved the removal of a tattoo was found in a medical encyclopedia of the sixty century. The doctor, Aetius, practiced in Constantinople and Alexandria.

Tattoo Regret in the Ancient World

The burning desire to remove tattoos may have sprung from the fact that many of the first tattoos were a result of some kind of power dynamic (soldier tattooed with the number of his unit or slave tattooed with the name of his master) that became unfavorable to the person at a certain point. When soldiers got out of the service, they would want to shed the branded markings on their skin and move on with their lives.

It seems that tattoo regret is not unique to the modern twenty-something who goes out and gets inked after a night of drinking. The early French and English also fought to get the ink erased at some point or another. Stories survive in personal diaries and accounts that trace the many painful procedures that people underwent in order to remove unwanted markings.

There is one famous story recounted in the Atlantic (linked above)  of a Spaniard that separated from his crew and joined the Maya. He refused to come back into Spanish society, as he had been betrothed and given a place in the society.

One reason he gave for refusing to return to his country was expressed this way, “I am married and have three children, and they have me as a lord and captain…go yourself with God, for my face is tattooed and my ears are pierced. What will those Spanish say of me if they see me like this?”

How Does Tattoo Removal Work?

Removing tattoos requires the person to part with some beloved skin cells. In other words, it requires the literal destruction of the skin. The main ways tattoo removal has worked in the past and today include thermal removal, chemical removal, mechanical removal, or laser. But burning your skin with a match is a thing of the past. Don’t do that! If you target your skin by simply putting it under a flame, you are simply destroying every type of cell that flame touches. Today, aim for a more targeted destruction.

There are better ways. Today professionals use a special kind of laser called Q-switched that involves very short light pulses. The laser provides a type of selective destruction, as it targets specific skin cells to first break up the ink. By breaking up the ink, special cells called macrophages will carry these ‘pieces’ and get rid of it. The light must be done at specific wavelengths. Each specific wavelength can be used to target tattoo ink colors or shades. The ink is actually absorbing the light and destroying itself.

The immune system is what helps get rid of the ink and over time, the body gets rid of these ink fragments and helps the tattoo fade into the past.

Tattoos can be beautiful works of art that allow people to express themselves. From professional athletes, models,to rock and roll stars, this uniquely personal form of expression requires quite a bit of commitment. Here are some fun tattoo facts.

Looking for Tattoo Removal? Trust a Professional With the Procedure

Here at Sun City Laser, we want to help people restore their skin’s beauty and do so safely and effectively. A tattoo from 25 years ago might be getting in the way of your new life, career, or simply be a bad reminder of times past. We can help. Get tattoos removed through a special procedure.